Freedom by changing places of residence 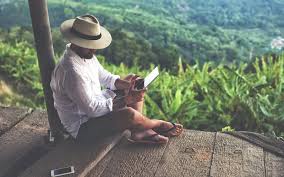 Sometimes things happen in your life that you can really tell right afterwards. For example, we walked around for years with the vague idea (we thought) to make it, as stressful experienced life in the Netherlands for a more relaxed life in an idyllic Hungarian rural village. In a beautiful authentic region of the country where we have spent so many years of wonderful holidays in our holiday home. And as a workplace, a place under the shade of a tree in the garden with the laptop on your lap and whistling birds around you instead of an office garden with busy chatting and calling colleagues. So that idea.

But yes... How do you do something like that? We realized that a heftyfinancial bufferaMustis before you can think of such a radical step. We are therefore around 2012 as very motivatedmortgage lendersembarked on a seemingly impossible task, especially in the beginning. Repayment requires an iron discipline and long termMindset, but we brought it off very nicely. Where we each other at times of course had to keep sharp (If you have those car/ shoes/holiday/[fill in hereGuilty Pleasurein...], it takes so many months/years longer before we can go...). 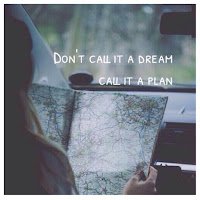 That motivation certainly also had to do with our dream scenario, to be far ahead of ourretirement age(what a strange word) to live all the life we so long for. No more every morning as a willing wage slave to the office, but to organize your own time and free time to learn new things and push boundaries. Partly due to various events in family and friends we already knew that time is much more valuable than money - Yes. And also that we are happy to make financial sacrifices for that freer lifestyle. In the Netherlands, such a plan is an almost unattainable dream for modal earners,because high monthly fixed charges such FIRE scenario (Financial Independence, Retire Early)and - Downshifting virtually impossible. Think of the substantial insurance premiums and taxes of health, home, car, municipality and energy costs. Apart from the often sky-high mortgage charges caused by price explosions by yet anotherhousing bubble.And of course, the constant temptation attempts of'PersonLoanproviders online and offline so that you still have that latest modelSwipe tile(smartphone)...And, oh yes, borrowing money costs money.

Time is much more valuable than money

How different is the situation when you leave behind the land of cheese, traffic jams and windmills, including many real ones from the 17th century (at the time we were at the forefront), sell your house for a good price and look for new horizons. Many former compatriots are likedigital nomad(someone who does not depend on a physical work location, but money earned online ) ended up in tropical places like Thailand or somewhere else where the sun often shines and where the cost of living is a fraction of what we are used to in the Netherlands. And so do you need less money to live well on - Yes. That way, you'll spend less of your time to earn enough money. That's it.HOTscenario(Happy, Opportunity-rich, Time-rich)- Yes. And life time in our own direction is far more valuable than money, so that's an excellent exchange.Watch it! Borrowing money will cost you your lifewould actually be a much more appropriate slogan!

Many digital nomads also regularly switch to other low-wage countries, hence thenomadin the name. Only later did we understand that this lifestyle in Anglo-Saxon countriesGeo Arbitrationis called. A term that does not translate into Dutch one to one, but exactly what content is described and what is actually ourexit strategywas when we made a relaunch in an affordable 115 year old farmhouse in the beautiful southwest of Hungary in March 2019! Only we didn't know that back then. We don't want to leave here anymore and now we are stationaryGeo Arbitrators- Yes. That actually sounds pretty cool, albeit a tad vague. Anyway, we feel very senang about it, and that is the most important thing.