10 Reasons to Date a Beta Male

We know that humans are descended from only a minority of prehistoric men, half the number of women who reproduced. The men who were successful in passing along their genes were the ones who embraced risk and succeeded in their quests. Men who failed the challenge, or who were too risk averse to attempt it, ended their lines with their own deaths. Therefore, in a very real way, we are all descended from dominant, successful males. (For the record, those challenges were not all heroic. At least one biologist has argued that the most violent early men successfully reproduced via rape, which is why the rape gene is still in our DNA today.)

The alpha/beta nomenclature as applied to humans only goes back to 1970, when David Mech coined the term to describe wolf behavior. It was later adopted by Game encoder Mystery to describe the pecking order among males. Biologists also sometimes refer to “dads” and “cads” in their work, generally to describe specific personality traits that correlate to short vs. long-term mating strategies. Over time, we’ve conflated the two concepts. (A Google search for the term alpha male produces many pages of links to Pickup Artist and Seduction sites with products to sell.)

Women select long-term mates according to a long list of traits. Those include alpha traits like social dominance, physical prowess, and symmetry. They also include what might be called beta traits, including ability to provide, kindness, honesty, demonstration of love and affection, intelligence, compatibility, dependability and industriousness.

WARNING: Alpha traits alone are suitable for short-term mating only!

In the current era, the men at the very top of the dominance hierarchy – the most alpha of all alpha descendants, are highly problematic as husbands and fathers, as reflected in rates of marriage, infidelity, fatherhood and divorce. Proceed with extreme caution.

If you harbor dreams of marriage and family, I encourage you to give the beta male traits the utmost consideration. Since betas represent more than 75% of the population, there’s a large pool of men with a potentially optimal mix of alpha and beta traits. It is also possible for men to learn alpha behaviors, raising their own testosterone levels in the process. I believe it is far more difficult to teach natural alphas, or cads, how to empathize, cooperate and share. They are not designed for marriage or fatherhood.

Why should you look for a beta male?


From Andrew at the blog Evolvify:

There is no good reason to believe that humans evolved in hierarchical tribes between tens of thousands to two million years ago. To the contrary, there is a mountain of evidence showing that humans evolved in largely egalitarian bands that punished attempts of dominance with social sanctioning, banishment, and death (Boehm 1999). Yes, that’s basically saying that alpha males got offed by their social group — not exactly a benefit to reproduction.

Without going into tedious detail, it’s unlikely that the alpha-male behavioral type (however imprecise that classification may be) is particularly adaptive. Traits that confer significant reproductive advantage tend to spread through a population rapidly. That basically means that traits that consistently vary widely among a species are probably not under significant selection pressures. If being alpha was the ne plus ultra of mate wooing strategies, there would be a whooooooollle lot fewer “betas.”

It is very possible that there are few genetic betas, but that the culture, i.e. feminism, has “betatized” a significant portion of males. In which case, rectifying the culture should restore equilibrium. It’s also possible that the alpha beta divide will remain a constant 80/20 regardless of characteristics. There must always be a most dominant male. The question is, can one have too much of a good thing?

John Durant at Hunter Gatherer makes the interesting observation that dominance strategies among hunter gatherers would likely have included many of the traits we’ve come to call beta:

Whatever strategies those alpha males did to successfully reproduce, are, by definition, dominance strategies.

2. He plays well with others.
The Worth Ethic Corporation is a consulting firm founded by Kate Ludeman, PhD and Eddie Erlandson, MD, both Harvard Business School professors. They specialize in helping companies treat Alpha Male Syndrome (no, this is not a joke).

Dysfunctional alphas create resistance, resentment, and revenge. People admire their competence, but they hate reporting to them or teaming with them. When we’re invited into a company as consultants, most of the complaints we hear are about alpha males who are driving people crazy. We’re told about alpha managers who demoralize their staff with autocratic, abusive, or micromanaging tactics; about alpha coworkers who are demanding, impatient, and unwilling to listen; about alpha peers who fight to get their way even when they’re demonstrably wrong; about alpha subordinates who solo rather than collaborate. The gripes we hear have usually been part of the corporate milieu for some time, consuming far too much employee time and energy. The cost in absenteeism, turnover, stress-related health problems, and the loss of loyalty and motivation is enormous.

… a great deal of wreckage is caused by boys behaving badly. While alphas of both sexes are aggressive, competitive, and prone to anger, the male of the species is far likely to become ruthless, intimidating, and belligerent. These common observations were borne out in our research: men scored much higher than women on virtually all measures of alpha risk factors.

Ludeman and Erlandson’s research has identified the following risks that are present along with positive alpha attributes. As you can see, the context is the workplace, but parallels to relationship behaviors should be obvious.

There’s not much you can do if you work for an alpha boss. But do you really want to come home to this guy for the next 50 years?

3.  He’s more likely to be creative, artsy and funny.

The Alpha worldview pigeonholes women into two simple, robotic drives: pursue the Alpha, use the Beta. This is fantasy. A role that’s purely an extension of the guy’s Alpha/Beta fixation in himself, a broken record playing inside his own mind. And not to mention it gives women little to no credit to both their nuanced preferences, as well as their ability to act on their own free will. When I see a man judging female behavior in these terms, my first reaction is always to think: this guy has spent way too much time chasing the wrong kinds of women.

And finally, perceiving the world in these terms sabotages real relationships and strong emotional connections . If the definition of Being Alpha is somewhere in the vicinity of holding your personal drives above others, and the definition of an emotional connection with a woman is to empathize with her and literally see and feel the world through her eyes, then we have a major conflict of interest. The two are mutually exclusive. Genuine emotional connection, by definition, requires one to experience and relate to the drives, motivations and will of a woman. This is simply impossible if you’re enmeshed in a self-serving and social-bulldozing mindset.

5. He’s nurturing and caring.
He’ll take care of you when you’re sick. Over the course of having and raising children, confronting illness and plain old aging, this is not to be dismissed lightly.

6. He’s much less likely to cheat.
Key predictors of whether a man will cheat are the personality traits of conscientiousness and agreeableness. Promiscuous men are low in both, hardwired for short-term mating only.

Agreeableness:  A tendency to be compassionate and cooperative rather than suspicious and antagonistic towards others.

Conscientiousness: A tendency to show self-discipline, act dutifully, and aim for achievement; planned rather than spontaneous behavior.

7. He’s far more likely to marry and stay married.
Could be his divorced counterpart has higher T levels:

8. He wants to be a dad, and he’ll be good at it.
He’s three times more likely to have kids.

“Some alphas compete with their own children,” says Eddie Erlandson, MD.

9. He’s healthier.
Alpha males are stressed out and more likely to have cardiac disease.

While they may appear cool and calm, many human alphas thrive on adrenaline, the hormone that primes the body to fight or flee in times of danger. Those short bursts of power helped our ancestors outrun predators. But if the perceived threat never lets up, the chronic state of alarm increases cortisol, too, and can eventually weaken the immune system, raise blood-pressure, cholesterol and insulin levels, block arteries and spread inflammation.

Some alphas have so-called Type-A personalities, a combination of aggression, impatience and anger first linked to a higher risk of heart disease in the 1960s. Hostility is the main culprit, according to more recent research. A study of 1,750 Canadians in the Journal of the American College of Cardiology last week found that people who displayed signs of hostility—whether they admitted feeling hostile or not—had twice the risk of cardiovascular problems as those who did not. “Not all alpha males are Type A, but the combination can be deadly from a health standpoint,” Dr. Karasu says.

…Beta males, by contrast, are nice guys, peacemakers and team players. They make good husbands, fathers and friends. Some experts say they tend to be happier than alphas, since they aren’t driven by the need to be on top.

10. He’s not a sociopathic narcissist.

He’s nice to be around and interested in others. From Brett McKay at The Art of Manliness:

We’ve probably all seen those men who can enter any room and instantly command it. I’m not talking about the loud and boisterous dolt who makes a scene with obnoxious alpha-male jackassery. I’m talking about the man who exudes a silent magnetic charisma that electrifies the entire room just by his presence. People feel better when this type of man is around and they want to be near him.

…If you really want to be the man in the room that people are drawn to, focus your interest on them. Many men have the false idea that if you want to command the room, you have to make everything about you. These misguided souls wear flashy jewelry or skin tight clothing that shows off their well-chiseled body. Their conversation focuses on them- their cars, their bench press, their sexual exploits, etc. While a few pinheads will be impressed with this sort of thing, the vast majority of the population will think it’s a bunch crap.

The reality is that the magnetic gentleman-the man who can walk into any room and own it- is others focused. People want to feel loved, appreciated, and important. Sadly, many people these days aren’t feeling much of that. Perhaps their boss never compliments them or their wife never voices any appreciation for all that they do. If you can fill that void in people’s lives by focusing on them and acknowledging their importance, you’ll instantly bring them under your magnetic influence.

By way of putting my money where my mouth is, I can happily report that this September I’ll celebrate anniversary #28 with Mr. HUS, who fits this description to a T.
Any attempts to fit an alpha peg into a beta hole are strongly discouraged.  :) 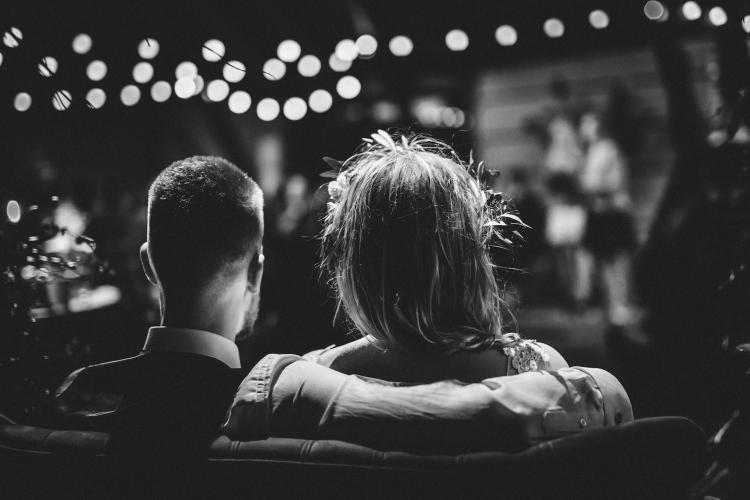