A glimpse from my "The Man with a Smile"


This is a glimpse from chapter 9 of my “The Man with a Smile”.

After traversing back roads and paths all day, Maria de Migdal settled down to spend a restless night outside her tent. She had refused the company of the other women, she had crouched next to the portly Astaroth, to absorb the warmth.

She couldn’t get out of herself, out of the prison of her mind, to reach out to others, to join them. Only the dog of the possessed man had crouched at her feet, licking them weakly but persistently. That contact didn’t bother her but, on the contrary, it comforted her. The dog had raised his intelligent muzzle, had stared at her. He seemed to understand that, now, it was she who needed help, more than his former master. Maria plunged a hand into his shaggy hair, held a tuft tightly between her fingers, as if she wanted to tear it off. She inhaled the beast odor mixed with Astaroth’s sweat and her own sharp scent. Her hands were dirty, her clothes dusty, her hair tangled from too much walking in the wind, the dog’s skin was swollen with ticks, the hair was stinging, flea-ridden. It was life, she thought, as it was life what men did to her, what she did to them, the cry they uttered in the end, liberating, victorious, when she took them where only she was able to lead them.

Unable to sleep, she looked at the stars, which were alive, clustered in the black sky. Some trembled until they were confused, others seemed still, indifferent. She had as many thoughtsas there were stars in the sky. Some resembled a flickering star, others were hard as dead stones. She wondered what was the spite that gnawed at her. After all of Yeshua’s preaching about love — his constant request that all of them be willing to give without expecting anything in return, to love beyond the obstinacy of those who did not love them — she could only find bitter feelings inside herself. She looked around her, wondering who she really cared about. Her answer was no one, not even, least of all, herself. Every time someone approached her, showing affection for her, as Martha and Giovanni did, she felt a moment of refusal. It was like a hand gripping her throat, choking her. She didn’t want people to get too close, to see her for who she was, to discover her weaknesses. She was only familiar with the harsh tones that Kefa reserved for her, she was used to them and they did not scare her. Living in a community troubled her, made her feel more naked than when she undressed, spread her thighs and offered herself to the hands, mouths, acrid humors of men.

While staying on the sidelines and speaking little, she sensed many things about her companions. She did not feel friendship for Yeshua’s mother, only the great respect due to a fragile woman, graceful but strong as a deep root. Observing her, the words of her own mother came to mind, when she modeled clay figurines, with swollen bellies and round heads, with chapped hands: “This is the Mother Goddess. She is made with the earth and she is Earth. “ Mary of Nazareth was made of the same material, she was the vase that had conceived, sacred in itself, but even more sacred because her son was Yeshua‘. Even when she was alone, Yeshua’s mother maintained a bond with her son, she followed him with her eyes, remembered him in her movements, repeated his words. She had dark hair and eyes, red hands, quick feet, a soft, gentle voice. It was as if she were protected, wrapped in a halo of deference that was earned in the same way as her son, without arrogance, without shouts, only with her presence, the steadiness of her gaze.

She also thought of Lazarus and rough Kefa, she thought of Marta, sister of Lazarus, the closest person to a friend she had ever had in her life. Marta was hardworking and hasty. Perhaps she, among them all, was the one who had the most confidence with the master, who treated him as if he were a relative. She expressed her admiration for him by cooking the foods he loved, chasing insects from his bed, sweeping the dust where he put his feet. Her sister, little Maria, was falling in love with Yeshua‘ in a childish way, she walked around him, smiled at him, curled up at his feet. One day the girl had taken his dress to wash it, but she had snatched it from her hand, without explanation, not caring if the girl’s cheeks had turned red, if her eyes had narrowed with anger, she had tightened the dress to her bosom and had carried it to the river, she had knelt down and laid it on the ground, observing the rough canvas, searching for the smell, the imprint of the body inside the folds, in the stains. Then a dizziness had seized her, as the first time at the well, it had seemed to her that what she was holding in her hands was not a robe but a shroud, that the face of Yeshua‘, his wounded body, were scratched on it.

Lying on the bare ground, she remembered every gesture of Yeshua‘, she recreated it, savored it: how that day he had spoken to the possessed person, how he had addressed them with a calm but firm tone that no one dared to disobey. Yeshua loved the work they did together, he was happy when he could heal the sick or alleviate their suffering. “Suffering”, he said, “scares me because I don’t know how to stem it, how to comfort it, how to take it upon me and share it. It’s hard, Maria, it’s so hard! Don’t think that two words of kindness or a distracted smile are enough to love others. I yearn because I don’t know how to love you as I would like, with that privileged love that each of you demands and deserves. “ Then he looked down, twisted his hands, she saw his broken nails, and her heart cracked, cracked like those nails, because loving is impossible, because she, who had had all the men she didn’t want, couldn’t have the only one she wanted. She was thinking of everyone, Maria, that night, and she felt that she did not love anyone, except Yeshua‘, who would never belong to her. (P.P.) 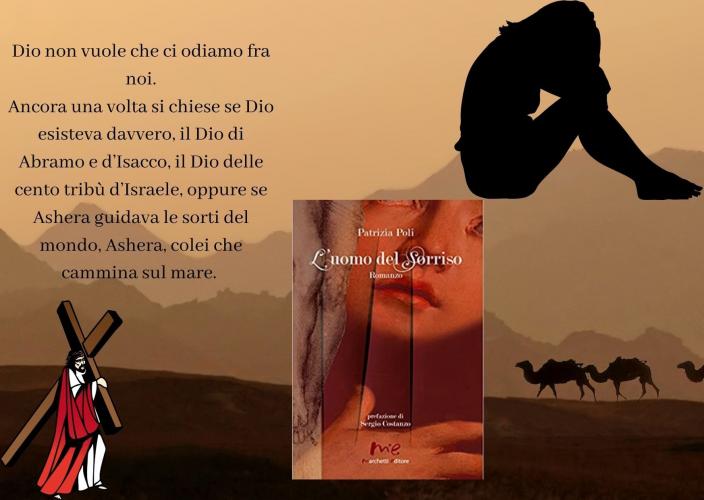 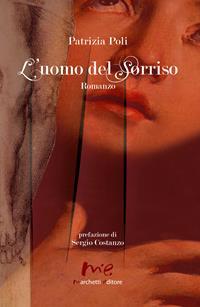