A cool gift tip for a child from the age of 9 is this cool set of Totum. It's called the Bralet Lacing Factory . With this complete box you can create the coolest bracelets with a beautiful motif. Some actions are needed to begin with. You assemble the set according to the user manual so you can get started. It was a bit of a puzzle for Ineke van der Linde. She was allowed to test this set . You have to get a little bit of dexterity and then you can get started with it yourself.! Create the cutest weaving bracelets with your chosen pattern. With the handy tool and templates, you can create the most fun and original patterns.

This set has been nominated for the Toy of the Year. An independent jury will look at which toys, which toys are on the market or are still going to be on the market. It looks at what the play value of something is, its originality, design and, of course, the price and quality ratio.! It's nice to see that this beautiful set has been noticed by this jury. Watch the video below.

It was a bit of a puzzle, but she Ineke van der Linde found the way to make a bracelet on the Totum Bracelet Lacing Factory set .

We're out here. If you know it 1x, it's a lot of fun. But it's just! Older children can cut the threads exactly to size, tie a thread around them, cut it back to size and glue it into the end piece. You can help a younger child with this. For all children, it's not nice that you have to wait an hour before the glue dries properly. So you either have to have prepared a set in advance, or you only tie the wires with an extra thread and glue the end piece to it after the end.

The end result of the bracelets is great fun, but it takes time, patience and effort before you set up everything. There comes to the confusion of the explanations photos about setting up this. The pattern of the grapes is the easiest (least threads).

If you stop in the meantime, you have to think very well for yourself, which thread to handle next time. The most convenient thing is to make sure you stop halfway through an act. So at a time when you “temporarily” have 3 wires next to each other. So you know for yourself that next time you will see the 3rd thread (on the left) side) must move first.

It takes an average of 2.5 hours before you have a bracelet ready. It's super fun to do. Very soothing. The result is also a lot of fun.

Step by step the girl makes her own bracelet with the step-by-step plan.

The girl from the care center is working here herself with the Bracelet Lacing Factory.

Ineke here in the video, explains how these bracelets make work.

Below you can find the Totum box shown here in this blog. In addition, a few more fun tips.

Click on the picture of your choice and order it in the webshop! 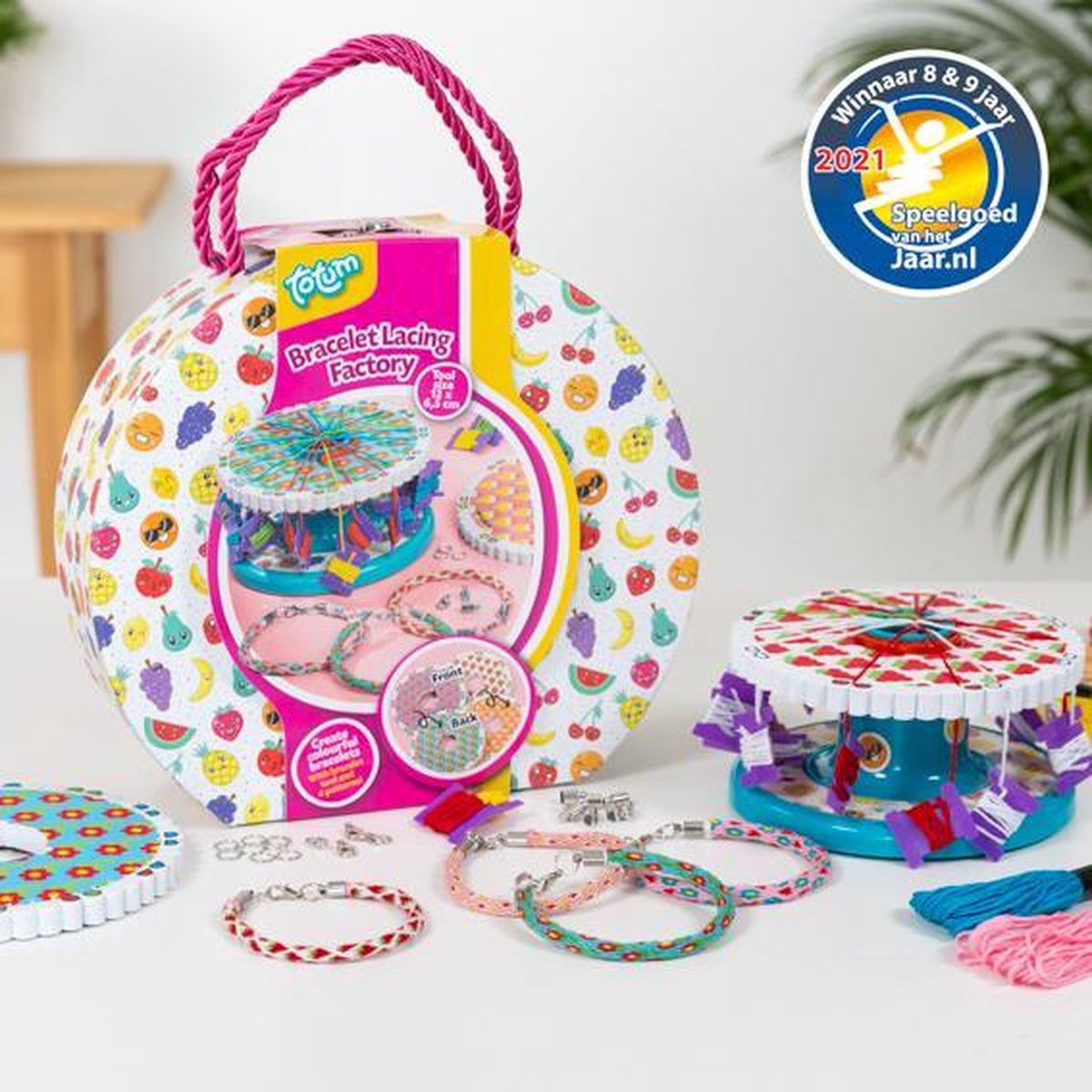 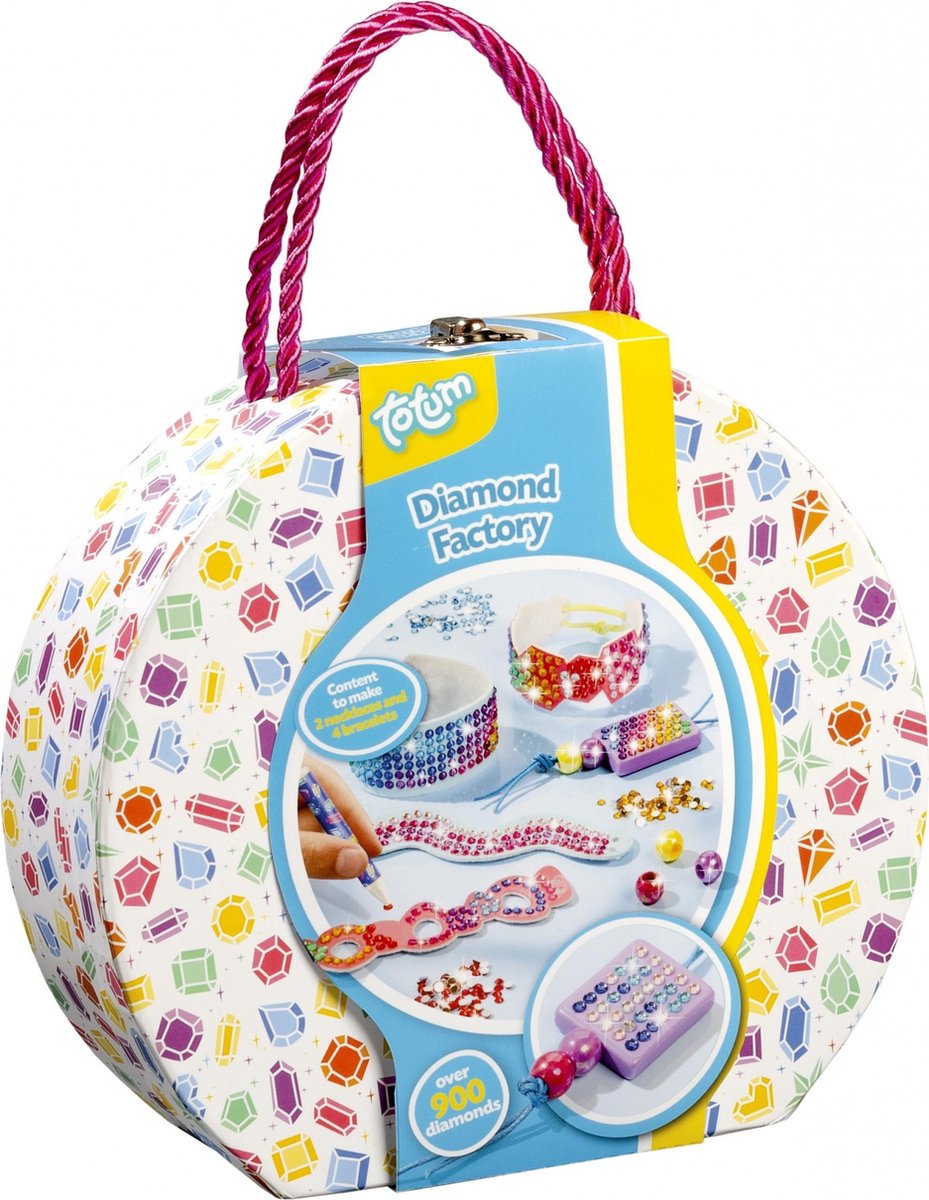 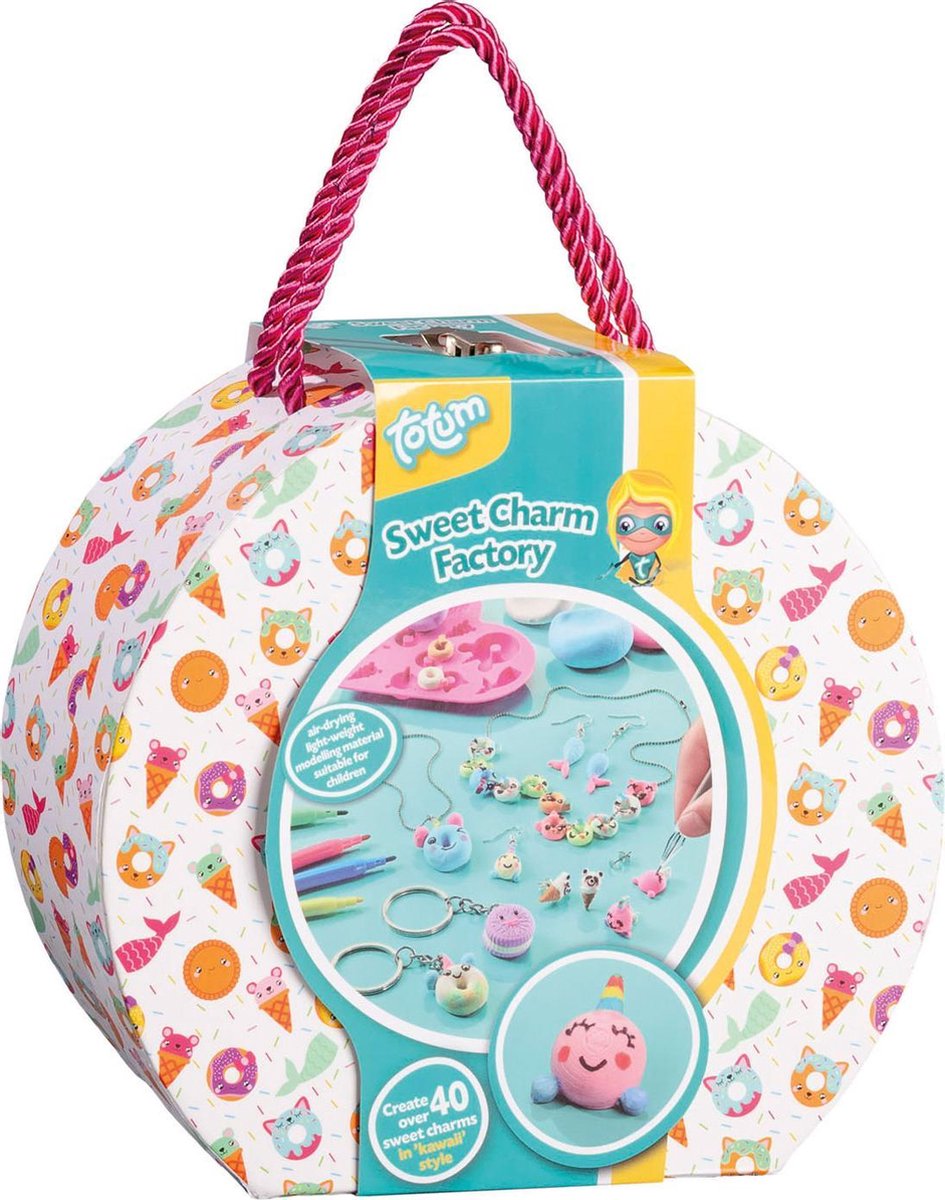 Even more cool inspiration with the Totum sets!