Queens of the sky Caracas

#venezuela The valley of Caracas is a city with wings, in it you can see more than 270 species of birds, within which there are approximately 15 species of psittacid.
Psittacidos are the family of birds to which parrots, parrots, parakeets and macaws belong.

This is a very particular family, because they make unmistakable sounds.
Macaws are recognized from afar by their green, yellow, red and blue colors but can be especially identified by their singing.

In the city they appear from the early hours of the morning and visit their feeders on time, which are nothing more than homes where the people of Caracas receive them with fruits, sunflower seeds and water.
In the afternoon they return to these places and then go to shelters to rest.

The blue and yellow macaws, the red and green ones and the yellow, blue and red are the species seen in the capital city, which has proved to be an ideal place for them as they have many green areas and there are no large predators, in addition to the high availability to nest due to the abundance of Chaguaramos.

It is common to see them on the floral and fruit trees that the city of Caracas possesses.
Specialists believe that they were introduced to Caracas 40 years ago it has not been shown that there is any harm due to their presence, on the contrary people feel identified with macaws because they generate emotional well-being.

Today thousands of people receive them on their windows, terraces of their apartments, talk to them, feed them and take pictures of them. 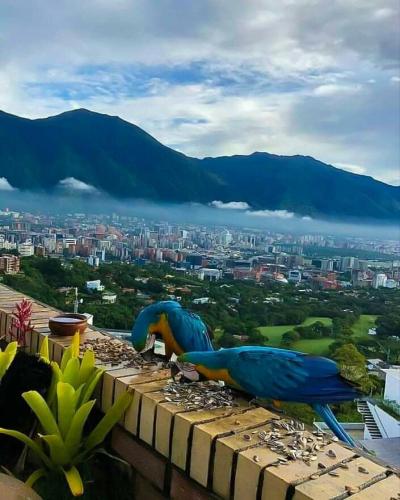 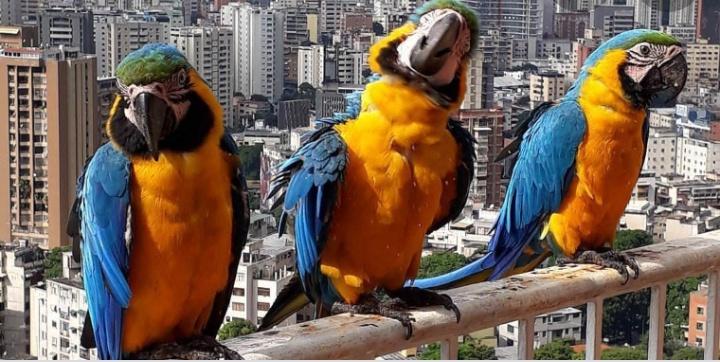 12 comments
Copied the link. Now go ahead and share it.