Piper Paw is incredible rude to his parents especially his mother, who feels a constant need to hug and kiss him.

His father kind of understands Piper's feelings since he had a similar mother.

One day Mrs Paw does the unforgivable: she kisses Piper in front of his friends!

Rowdy Piper, who is embarrassed and "driven up the wall" by all his mother's "honey pies" and kisses, finally rebels in public
"Kisses, kisses all the time," howls Piper.

Mrs. Paw is so mortified that she slaps him into silence.

Piper has never been hit by his mother before, he buys her some flowers in apology, with the stipulation that "you don't kiss me thank-you," and a smiling Mother Paw agrees to try.

I really love this story and the illustrations are great!

Just have a look at Piper's face (and imagine your kid looks like that 24/24). 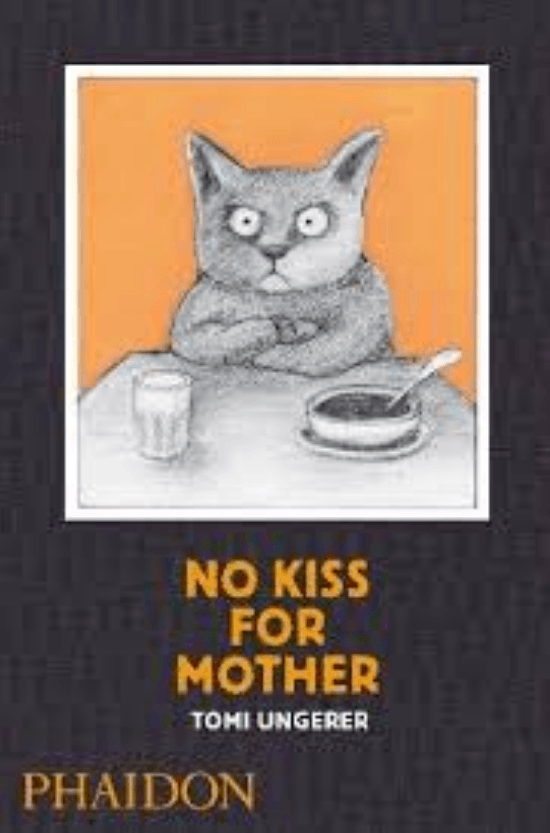 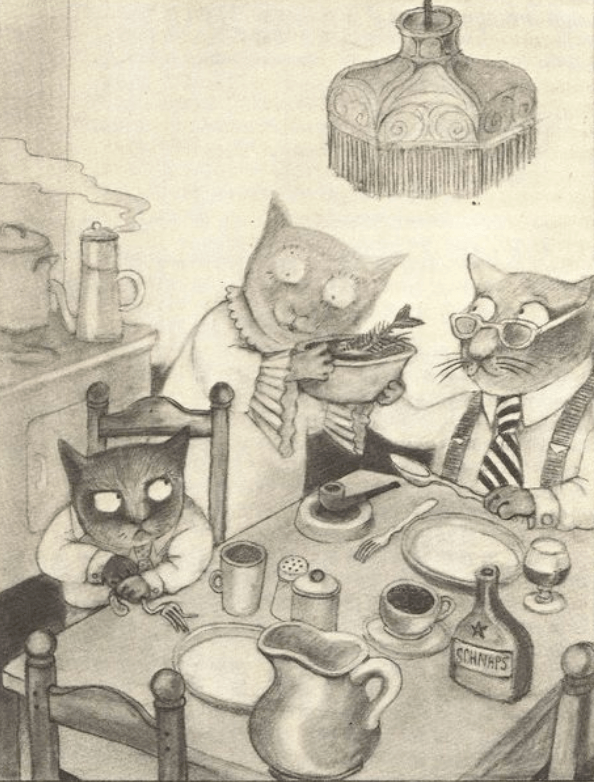 Tomi Ungerer, born in Strasbourg in 1931, landed in New York in 1956 with $60 in his pocket and with a suitcase full of drawings.

Overnight he became a star as a caricaturist, illustrator and children's book author and published more than 80 books in ten years. As a graphic artist he created advertising campaigns for Willy Brandt and The New York Times.

In 1998, Tomi Ungerer was awarded the Hans Christian Andersen Award for illustration and has become an internationally renowned artist.

ENG/Stories: That is what it is... 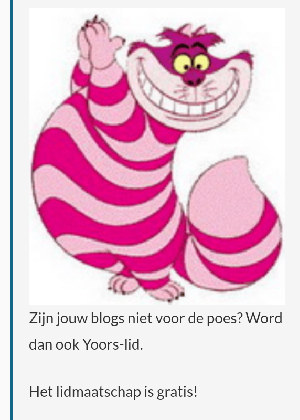