DNA, also called as deoxyribonucleic acid, is an organic chemical which has complex molecular structure and it is found in all the cells whether prokaryotic or eukaryotic and also found in many viruses. DNA codes genetic information for the transmission of all the inherited traits. DNA carries genes on it which are necessary for the transfer of genetic information from parent organisms to the daughter organisms.
This important chemical DNA was discovered for the first time in 1869, but the fact that it plays a significant role in genetic inheritance was not known until 1943. In  the year 1953 two colleagues working together James Watson and Francis Crick, assisted by the work of biophysicists Rosalind Franklin and Maurice Wilkins, determined that the structure of DNA is like a double-helical polymer, a spiral consisting of two DNA strands running anti-parallel to each other and are wound around each other. The breakthrough led to significant advances in scientists’ understanding of DNA replication as well as hereditary control of cellular activities.

Each strand of a DNA molecule is made up of a long chain of monomer called mono-nucleotides. The nucleotides of DNA comprises of a deoxyribose (one oxygen removed from carbon at position 3), pentose sugar molecule to which is attached a phosphate group and one of four nitrogenous bases, bases in DNA molecule are

One strand of the molecule is held to another by the aid of hydrogen bonds between the bases; the sequencing of this bonding is highly specific—i.e., adenine bonds only with thymine, and cytosine only with guanine, adenine will not form a proper bond with guanine and vice versa.

The chemical configuration of the DNA molecule is highly stable, this allows it to act as a template for the replication to produce the new molecules of DNA, as well as this acts as a template for the production (transcription) of the related RNA (ribonucleic acid, also a nucleic acid) molecule. A specific portion or segment of DNA that codes for the cell’s synthesis of a specific protein is called a gene and it is an important component of DNA and is necessary for the transfer of genetic information from parent organisms to offspring.

DNA replication occurs by separation of the two strands of DNA into two single strands, each of which serves as a template for producing a new strand. The new strands are copied by the same method following the same principle of hydrogen-bond pairing between nitrogenous bases that exists in the double helical molecule. In this way two new double-stranded molecules of DNA are formed, each containing one of the original strands and one new strand. This model of DNA replication is called the “semi-conservative” replication and it is the key to the stable inheritance of genetic traits. 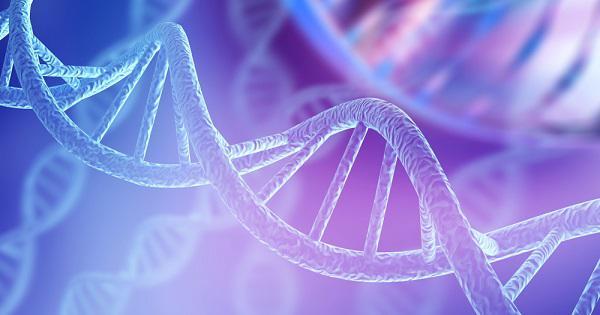 What is DNA?: MedlinePlus Genetics