When was chocolate invented?

Whether chocolate is a food or a candy has remained a controversial issue for many years.  Joseph Fry created the first modern chocolate bar in 1847. He was able to create a chocolate paste from the Mixture of melted cacao butter and Dutch cocoa. One can use chocolate as food or as a flavoring ingredient in other dishes of various sweets. People can eat Chocolate as candy. The elements of chocolate are mainly from cacao beans and look brownish. Let us explore more about chocolate and when was chocolate invented?

Chocolate as a sweet beverage

When we hear the word "CHOCOLATE", the first action that comes to our mind is "to eat", and the suitable adjective would be "Sweets". But the history tells that Chocolate was just a strict Beverage with no sugar added at all. Can you imagine a chocolate without the sweet taste? Off course, the imagination itself is terrible, but it is a fact. These days Experts use the term "cacao" as for its plants or beans before refining, and the word "cocoa" for its powdered form, or it could just be the British form of "cacao".

The origin of chocolate
The word "chocolate" originate from The Aztec word "xocoatl", which refers to bitter drinks made out of cacao beans. In Latin, it is said to be "Food of gods", and the tree is called "theobroma cacao" to denote cacao tree. According to modern historians, Chocolate was said to be 2000 years older, or even before that. The Mayans and Aztecs trusted cacao beans to contain magical and divine properties and used them for rituals like Birth, Marriage, or Death.

Other things to know about chocolate
Sugar chocolate had not come to light until the Europeans discovered Americans and their local Cuisine. Aztec King Montezuma once welcomed a Spanish explorer known as Hernando Cortes and invited him for a banquet, including drinking chocolate. They had mistaken him for a reborn God or Goddess. In his writings, he referred to it as the "Drink of pigs" since it was bitter. But when mixed with honey and sugarcane, it gained recognition throughout Spain.

Its further history
By the 17th Century, chocolate was one of the luxury drinks in Europe and had nutritious, medicinal, and seducing properties. But, it was restricted to wealthy people until the invention of Steam Engines and mass production took its authentic place. About 1828, Dutch chemists discovered a way to cut half the natural fat from chocolate liquor and process the remaining with alkaline salts, which cut the bitter taste. This mixture was known as "Dutch cocoa" and later laid the foundation for solid chocolate. In America, chocolate also gained a reputation during the revolutionary war because it started getting treated as rations and a substitute for wages. The statistics still show it as one of the economic strengths, and about 4 billion industries market it in The U.S.A. An average American consumes almost half a pound (230gms) of the stuff in a month. Therefore, if we talk of modern days, the year of its birth is 1847. 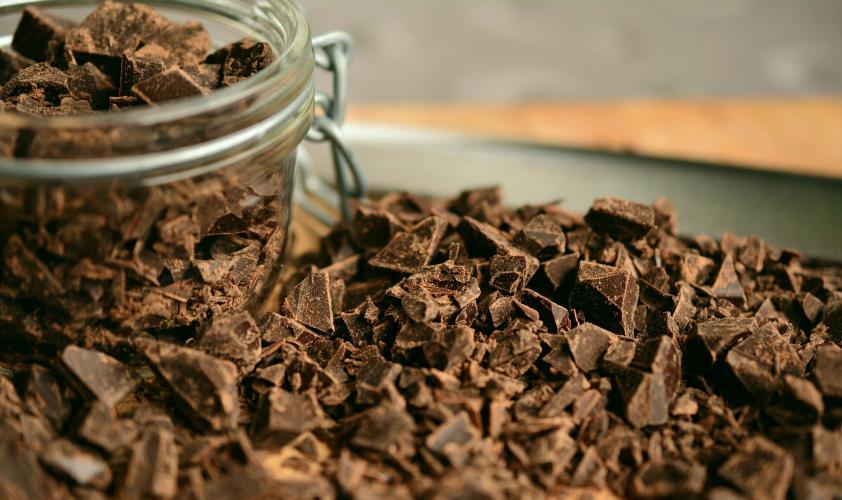