#aloudrage CHAPTER 2
Incubation?
#aloudrage
Part 8.
“I’m going to tell your mother and father!” Bernadette was furious. “Pierre, you are a wicked little boy! What would you have done if Sister Kate had broken her leg? Or worse, from jumping out of the window?”

You know those gruesome big green locusts with the red spots, They were fearsome looking creatures. Some of the older boys who had, had their fun in the past, convinced Pierre that Kate would be more kind to him, should he present her with a locust or two as a present. As Kate was the biology teacher at the high school and always needed new specimens for her students to work with.

Pierre had on occasion seen Kates class with all the ‘specimen’ jars in it, and thought that it may be a good idea to help her with her collection as the boys had suggested. They were of the opinion that Pierre was the most qualified to be a ‘specimen’ collector, as he, was the only one in the school that actually could catch even snakes.

So today Pierre had seen a small swarm of locusts descend on a spot in the valley. He had emptied his shoebox with letters from Mommy, Merle and Candy. Then down in the valley he collected at least twenty locusts and put them in the box.

Kate found the box on her bed, once she opened it, shrieking she threw the box at the open door once seeing the locusts inside. The box hit the doorframe and out came a horde of confused locusts. This sent Kate into a panic and she jumped out of her rooms window on the first floor to escape the horror.

All the boys were rounded up and asked who had committed this gruesome act. Pierre without hesitation owned up, “but I thought I was giving her a present.”

With that, the majority of the boys curled over with laughter, Even Charles the High School head boy could not contain his laughter.

Giles, with years of experience had realised that Pierre had been tricked into the act, and thus sent Pierre to apologise to Kate. Giles would follow as soon as he could and explain the whole situation to her.

Russell, who had not known about the idea put into Pierre’s mind by the senior boys followed Pierre as he went up the stairs to Sister Kate’s room where Bernadette was treating Kate for the scratches, she got from the contact made with the hibiscus bush on her way down from the window. He kept his distance knowing that old saying of ‘hell has no fury such as a woman’s scorn’ to be true.

“But I didn’t know,” Pierre was pleading. He had never seen Bernadette this angry. Even Kate seemed to be shocked at Bernadette’s anger.

“You, didn’t know? You didn’t know?” Bernadette had stood up, face red and fists clenched she was walking across the room towards Pierre who at that moment seemed mummified in his stillness, tears streaming down his cheeks. Bernadette in her anger not seeing that he was petrified at that moment.

“What have you to say then?” Bernadette had gotten to Pierre who stood there speechless. “Come on boy, speak up!” she demanded grabbing Pierre by the biceps and shaking him. Tears streaming down his cheeks, Pierre remained silent.

And there it was, the unmistakable smell that Pierre had soiled his pants. “Do I have to deal with this now too? You stink boy!” Bernadette turned Pierre in the direction of the door. “Go and clean yourself up!” pushing Pierre into the passage.

Pierre walked silently, crying, to the dormitory. Russell this time not following Pierre, but stopped and knocked on Kate’s room door.

“What? You too? What was I to expect?” Bernadette turned her attention from Kate to Russell.

“No, Sister,” Russell defending his presence, “I had nothing to do with it.” Russell stood his ground as Bernadette approached him. “It was not even Pierre’s fault!” Russell blurted out as Bernadette got to him. “Ask Father Giles.” Bernadette stopped in her tracks.

“Then, whose fault, is it?” Bernadette’s rage had subsided somewhat though she was still angry. “Come now boy, speak up!” The fact that Russell was the one defending Pierre had caught Bernadette by surprise. Never in her wildest dreams did she think that would ever happen.

“The Matric’s, Sister,” Russell was wondering if he had said too much, the boys in Matric would come and bully him for telling on them. Fortunately, he had not known the detail, just that, those boys, had laughed the loudest when Pierre owned up in front of Father Giles.

“Okay, now what?” Bernadette put her hands on her hips looking down at Russell, she knew that Giles would be along to tell the tale. Russell was supposed to be in class. “Go to class, we will deal with this later,” she ordered Russell.

“Don’t tell his father.” Russell said looking down at the floor.

“What, do you mean?” Bernadette was confused by Russell’s request.

Russell now with tears in his eyes looked straight at Bernadette, “go look at his back!” Russell turned and ran down the stairs.

This was Russell’s fifth year in the convent. Bernadette had never seen Russell display this type of emotion before. Bernadette watched as Russell disappeared down the stairwell remaining motionless for as long as his footsteps could be heard.

Bernadette went down the passage to where she could hear the sound of the shower in the dormitory bathroom. There she saw Pierre still crying, busy showering himself with his back towards her. New scars, still red in colour on his back. She sank to her knees, “how did I fail this little one?” Bernadette asked herself as tears started streaming down her cheeks as she observed the abuse Pierre had suffered.

Turning the shower off, Pierre took his towel and as he turned, he saw for the first time that Bernadette was sitting on the floor crying at the entrance to the bathroom.

“Don’t worry Sister Bernie!” Pierre had wrapped the towel around him, walking over to Bernadette he had stopped crying. “Everything is Okay,” Pierre wrapped his arms around Bernadette’s neck in a hugging embrace. “I understand……….” Pierre went silent.

“I’m sorry, my child’” Bernadette hugged back. “I’m so sorry.” Had she reacted on her instinct, the first time she had seen the scars, then perhaps it would not have happened again. How could she forgive herself? How could Pierre forgive her for not keeping him safe? Yet, here he was, pouring all the love his little frame could muster out onto her in that embrace.

“You are mommy, when I am away from mommy.” Pierre’s hug grew tighter, to the point that the lump in Bernadette’s throat was so tight that she almost gasped for air.

Pierre’s last statement struck deep into Bernadette’s core. An ice-cold realization came over her as she thought about it. ‘Jane was also being abused!’ How was she going to deal with this? In the ten months that Pierre had been here at the convent, it had been only Jane and Merle that been there, she had never met Tiny.
NEXT:
Chapter 2 Part 9    https://yoo.rs/a-loud-rage-2-9-1643828344.html?Ysid=176857 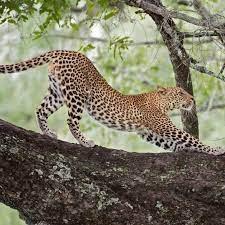 6 comments
Copied the link. Now go ahead and share it.