Fixed charges Hungary versus the Netherlands

Now that we live in Hungary for more than six months, I thought this would be a good time to put fixed burdens between the Netherlands and Hungary together. Always an interesting topic for Dutch (and Belgians), right? How cheap is life in Hungary really. The differences are listed in 7 headings. So find the seven differences. In order to get a good comparison, I have taken into account the fixed costs of the farm in Hungary. Thus, without the fixed costs of holiday homes . These are, incidentally, paid from the income of rental.

In the Netherlands (Limburg), we had a repayment free mortgage on our 'garage linked corner housing' with energy label A from 2005. We had repaid a large part of this mortgage in the years before our departure to Hungary, which resulted in a very limited amount of expenses at the end. But it makes a difference right away, because in Hungary we are mortgage-free and repayment happy (...). We now use the proceeds of our Dutch home as starting capital for our Hungary adventure. The authentic Hungarian farmhouse in the small village of Lengyel from 1905 (and energy label E) where we live today would have been financially inaccessible to us in the Netherlands, with its more than one hundred and fifty square meters of living space, two hundred square meters of stables and outbuildings and a plot of 6000 square meters. The houses in Hungary are a lot cheaper than in the Netherlands (think of a factor of 10), but they are often also with overdue maintenance and a dated layout. Almost always, reconstruction work is needed. That means in practice that you have to double the purchase price. The advantage of this is that you can decorate it to your own taste.

In Limburg we had a well insulated, energy-efficient label A house of 95 m2 with underfloor heating connected to an HR gas boiler and six solar panels (1500 Wattpeak). The bill amounted to €93 advance per month in gas and electricity. That advance was always close to the real cost of consumption. At least we never had to pay any extra. In Hungary, they do not work with advances, but are paid quarterly on the basis of actual consumption.

Because we only came to live here (end of March 2019), the €42 of electricity we have per quarter (!) paid for the summer months probably not representative. But with a kilowatt-hour price of €0.14, it is expected that these fixed costs will also be much lower than in the Netherlands (€0.21 per kilowatt-hour). The fifteen solar panels with a yield of 4500 Wattpeak that we installed in July will certainly contribute to this. We therefore hope to play even on electricity. However, there are a few large consumers in the house such as the induction hob (maximum 3500 Watt), electric underfloor heating as additional heating in the living room and bathroom (very, but together account for up to 2500 Watt), the electric boiler coil (3000 Watt, at cheaper night current rate of €0.10). And then there's the plug hybrid car. We will know whether this will work even at the end of the year, because then we will get the specified final bill of energy company Eon. In this overview I count with a small extra payment of, say: €100, - per year for electricity.

We closed the gas connection that was in the (Hungarian) house because we want to be dependent on as few utilities as possible. We are also not fond of fossil fuel, which comes from a dubious monopolist from Russia who can make price changes at will. whether or not prompted by geopolitical games . Instead, the house is heated with a wood fired central heating boiler (Kazán). At the end of this month, a buffer tank will be installed next to it that stores the heated water so that the radiators will remain warm when the heater is already off. That's how we save on firewood. In addition, there is a cooker on wood in the living room for the transitional season that we sometimes cook on. Wood costs around €60 per cub (sawn and cleaved) in Hungary. We expect to need about 10 kuub during the heating season (in Hungary from mid-October to mid-April). That's €600 per year

The water bill in the Netherlands amounted to exactly €17.10 per month as an advance. In practice, this advance almost always covered the costs. These fixed charges are also charged on a quarterly basis in Hungary on the basis of actual consumption. On average, in the two quarters we live here we paid €20.00 per quarter or €6.67 per month. In this amount, the sewerage charges are also included.

Score: Netherlands €17.10 per month, Hungary €6.67 per month (including sewerage charges)

A large earnings packer for Hungary on fixed expenses concerns at least the low tax burden in comparison with the Netherlands (and Belgium). In the Netherlands, we paid a total of €87 per month to municipal charges (OZB, water board and sewerage charges, waste tax). In addition, €39 for road tax for a plug hybrid (Opel Ampera) with which we drive 90% of all kilometers electric.

The largest earnings packer for Hungary on fixed charges is at least the low tax burden in comparison with the Netherlands (and Belgium). In the Netherlands, we paid a total of €87 per month to municipal charges (OZB, water board and sewerage charges, waste tax). In addition, €39 for road tax for a plug hybrid (Opel Ampera) with which we drive 90% of all kilometers electric.

Another cheerful paragraph, because Hungarians have no property tax and no waterboard tax. The sewerage charges are included in the water costs. Because the Opel Ampera is a plug hybrid that can drive fully electric, we got a green instead of a white license plate here (after two months of bureaucratic hassle, though). This means that we do not owe road taxes and we can park free of charge everywhere. We can also (still) make free use of the sparing public charging stations that are available. The latter will undoubtedly change when electric cars become more general in Hungary. But still, Hungary does have a much more environmentally friendly mobile policy than the Netherlands at the moment!

We don't pay any taxes at all? No, that party would be too good. We pay to our Hungarian residence annually an amount of - do not fear - €18... In addition, about €8, - per month for the collection of the garbage. That's it, really... 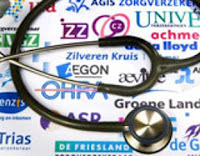 Another fixed burden post that Hungary wins brilliantly. In the Netherlands, we transferred a monthly amount of €174 to the health insurer for a 'basic' health insurance for both of us. This' favorable 'premium was only possible with a maximum deductible of €850 and without dental care (because we already went to our Hungarian dentist during holidays). After 2 months (and again with the necessary bureaucracy) we managed to join the Hungarian healthcare system. Cost: twice €23 per month. However, an own contribution is counted for drug use. However, because the price of medicines is (much) lower than in the Netherlands and always 75% is reimbursed by the insurance, these extra costs are very low. And they don't know the concept of “own risk” in Magyarenland. Yippee.

On the quality of care in Hungary there are several stories on social media that often contradict each other. In general, hospitals are outdated, but modern equipment is used and doctors are well trained and skilled. We ourselves (fortunately) have not yet had to use the health care system here. However, people we know and who have been in the hospital are very happy about the quality of the care provided. 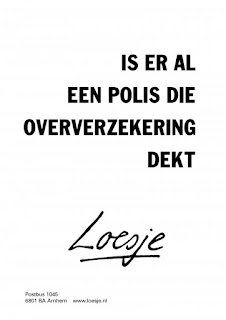 Both in the Netherlands and now in Hungary we are reluctant to take out insurance. We are very aware of the fact that we ourselves are the earnings model of the ladies and gentlemen insurers, in their beautiful offices and ditto leasing cars. The motto: we only insure what we can't afford ourselves, should things go wrong. In addition to statutory insurance, of course.

In Limburg we paid €28,50 in mandatory WA premium for two cars (maximum Bonus Malus discount). In addition, an amount of €11, - residential house and glass insurance. And of course the maligned, compulsorily linked to the mortgage, life insurance with a non-tender premium of €115, - per month.

In Hungary, we drive one more car for which we pay an annual premium of €58, plus home insurance with a premium of €72 per year (including glass and fire coverage).

In the Netherlands we had a combination subscription of TV, internet and (landline) phone for €40 per month. In addition, a basic mobile subscription from a prize fighter for €8 per month.

In Hungary we pay €17,30 monthly for the same combination subscription. We're going through the mobile subscription here. With equal roaming charges in Europe (thanks Neelie Kroes!) and negligible different mobile fares in Hungary that is a great option.

It's obvious. In Hungary you are better off on all fronts in terms of fixed costs compared to the Netherlands and Belgium. Obviously, it is, of course, a situation specifically tailored to us. However, the big difference between the two EU countries remains striking; in the Netherlands you only pay a health care premium (for two people) per month more than all fixed costs in Hungary added together! When you add the often sky-high monthly mortgage charges of many Dutch people, the difference becomes really huge.

Total general than the difference in figures:

The difference in fixed charges between the Netherlands and Hungary is no less than€5343.60 per year. Every year. For a self-employed person who has a average rate charges from €52,50 means that 102 declarable hours (extra) work. That's more than 2.5 weeks extra holiday for a digital nomad in Hungary!

Final conclusion: Hungary is also an attractive country of residence for the Dutch and Belgians.

Have you emigrated, too? Or plans for emigration? Do you know what that's going to mean in a financial sense? Or are you gonna let it come at you?

I DEPART and (early) pension