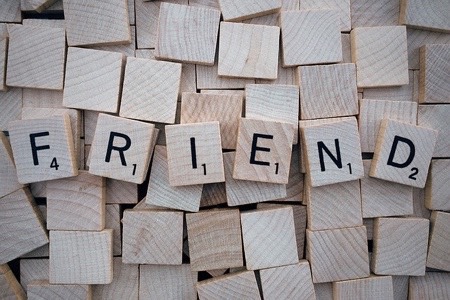 Word gratis lid.
Aanmelden
Comment and receive 25 YP 25
How does the rain tie its shoes...? With a rainbow!
I smell a new, fresh beginning as the sun shows its face through clouds making a beautiful landscape and showing off with rainbow! Hi everyone, my name is Kristina, and today I'll share my few of my written thoughts for the first time, so happy and proud about that, I'm finally ready to share my art, writings, poems, my love for nature.🙂 When one sees a rainbow, it means two things: first, the storm is long gone. Second, take a moment and just breathe and watch knowing how hope feels like. Focus on remembering that feeling, storing it in the chest, because one will have to face another storm later in life, need that hope while standing in stillness just for a storm to pass and knowing Sun will show them mercy in the most graceful way - by a rainbow. Sun is never gone, only one can't see it at the moment. That's the symbolism of the rainbow. So, I like the rainbow as a phenomenon in nature as I like what it stands for in our human world - only it's more than hope. It's the ability of the human heart called acceptance and respect for diversity of life, for everybody and everything in life. Why? Because it's beautiful, it's free, it's graciously, it's in our nature also - to seek acceptance and respect in private life, in social (media) life, in self. The amount of humanity, compassion, and support I see in the symbol of a rainbow is called unconditional love for free life, and that is all that matters for me anyway. Love is my religion, it's all I care about! And just for being on Earth, every human being has the same right to claim their own right - freedom to discover who they are and express it without fear of the raging storm. I also see a part of nature offering me a bit of its wisdom - inclusiveness, and cohesion. We are all different but beautiful parts of one picture, unique and special, deserving respect of another just for being ourselves, just like seven different colors on one rainbow. Beautiful, isn't it? It's no surprise that the rainbow is a symbol by many groups or demographics that pursue equality. One of them is the LGBTQ community. #lgbtq Did you ever ask yourself why did their biggest and most famous parades and celebrations are called Pride? Ok, it's about being proud of being who you are, but it's far more than that. It's a celebration of free will, freedom of being truly in peace with You, pride for the privilege of being human in peace with another, a celebration of simple stuff in life like the right to express feelings in public, sympathy they offer to the world, it amazes me! 🙂 #OnlyLoveMatters #FreedomOfSpeach #FreedomOfLove So, in my humble opinion, gay people are taboo in societies in general because it's "about abnormal sex, it's unnatural, it's not Gods will", at least that is the discourse of conversation for anti - LGBTQ in my country, followed by disgust and curses. A far as I can tell in their defense it's mostly a reaction to fear of the unknown and different plus disgust towards their own thoughts about gay people having sex. That can suggest the inability to understand the concept of Pride celebration, so they throw rocks during parades. I feel sorry for them, but still hopeful knowing people can change their mindset if they open their hearts and minds for understanding or at least accepting the existence of diversity life stiles, sexual orientations, races, beliefs, and convictions in general. The biggest lesson LGBTQ are teaching the world is to find strength from within, be courageous enough to set yourself free from irons "of the old way of thinking, an old tradition in politics and old beliefs" and speak up Your authentic truth.